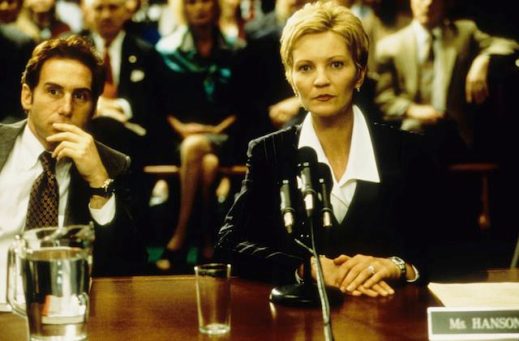 Over the past week, I‘ve been discovering that there are just as many dumb movies on Amazon Instant Video as on Netflix. I’m in the midst of a free 30-day trial membership with the former and almost every night, I look for a free good movie to watch for free, knowing that I won’t actually find one for free. (And by good, I mean something that measures up to my three favorite classics: Independence Day, Basic Instinct, and Madonna: Truth or Dare.) Basically, I’m Sisyphus—but hey, did I just mention my favorite four-letter F-word enough?

The other night, I slept-watched the 2000 political snoozer The Contender, packed with enough famous miscast actors to guarantee that it would suck.

To be clear, I believe that to elevate someone who engaged in such debauchery to Vice President is an insult to the nation.

The woman deserves to be President!  END_OF_DOCUMENT_TOKEN_TO_BE_REPLACED