I recently committed an act of civil disobedience. I donated blood. But before I get to that, I realize that it seems as if David Duke had written the title of this post, but consider this: Black people accounted for 44% of all new HIV infections among adults and adolescents in 2010 (the last time such stats were available), according to the Centers for Disease Control. Given the relatively small size of the U.S. black population, that means that the rate of HIV infection among blacks is eight times that of whites.

The Food and Drug Administration should reject black blood,  just as it shuns gay blood. 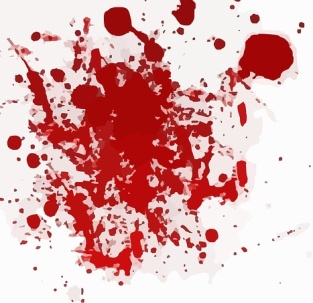 You might be thinking that black people aren’t responsible for the high HIV rate so much as black gay men are. You’d be right. In fact, men accounted for 70% of all new HIV infections among black people; most of these men were gay or bisexual—or as health agencies commonly put it, “men who have sex with men (MSM).” So, it really is a gay problem.

A big one. In 2010 gay and bisexual men between ages 13 and 24 accounted for 72% of all new HIV infections in that age range. Which is partly why the FDA continues to uphold its ban preventing blood donations by men who’ve have sex with men since 1977.

Of course, the FDA also won’t allow donations by those who’ve had a quickie with a prostitute or intercourse with an IV drug user within the last year. So if you’re a straight married man who’s screwed a hooker a few years ago, your blood’s OK. If you’re an openly gay married man—even with an HIV- test—you’re just screwed. Forever.  END_OF_DOCUMENT_TOKEN_TO_BE_REPLACED