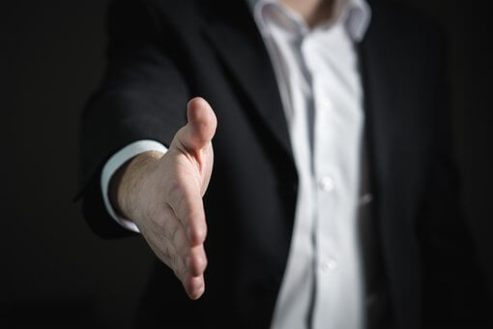 I have a friend who’s looking for a job. For real, a friend. Not a “friend.” While I’m also currently searching for new work, this isn’t an after-school special in which we all know the real identity of the “friend.” But like the moral tales you sometimes watched when you got home from class, this story also offers a valuable lesson.

What I’m about to describe is every candidate’s worst nightmare. It’s something that lots of people wonder: Does this actually happen? It happens. Sometimes like this:

My friend Steve* (of course there’s an asterisk) was recently offered a job at America’s Most Disorganized Employer* (there it is again!). He was eager to accept it, except the offer letter lacked enough details. Beyond salary, it mentioned little else. Clearly, a red flag demonstrating a sloppy hiring process or total ignorance about what candidates value, or both.

So Steve did what every candidate should in such situations. He contacted the hiring manager for more information. That’s when he learned that America’s Most Disorganized Employer allows only 10 days for PTO, including sick days. But who cares. Is there free soda? A ping-pong table?

Nothing like companies offering stupid, meaningless perks to try to hide an unwillingness to recognize that people have lives outside the workplace, right? The best talent such firms can hope to lure are job-seekers desperate for work.

Steve was one of those people. He was planning to ultimately accept any offer, but again, he did what every candidate should. He negotiated for more money and more time off, to which the hiring manager replied, “There’s wiggle room.”

The following day, Steve received an email from the hiring manager. After further reviewing Steve’s background, the hiring manager explained that “you sit at an experience level higher than what this role requires. For that reason, we’re going to retract our offer and feel your expertise will be better utilized in a higher role elsewhere.”

“Sorry” and “apologize” never appeared in the message—which should’ve been conveyed in a phone call, anyway. The lack of contrition and empathy—nevermind the illogic behind the rejection—are appalling, rude, and unprofessional. Hence the company’s abysmal Glassdoor reviews (which—surprise!—cite high turnover).

The “overqualified” excuse is disingenuous at this point.  America’s Most Disorganized Employer knew all along the details of Steve’s background. To suddenly pull a job offer by stating that a role is too junior for a candidate shows that the organization lacks much organization. It sends a signal that it doesn’t know what it’s doing.

Thankfully, this type of incident is rare. When it does happen, it’s sometimes because a company decides not to fill the position at all or because the nature of the role has changed. Unpleasant as that may also be, it is far worse to insist that someone that you just asked to start working for you next week is now too senior for the job.

It’s also a blessing for the candidate.

Steve dodged a bullet. You know that a business that botches recruitment this badly is probably screwing up in countless other ways. My friend will ultimately find another job, and I’m pleased to report that the experience has not discouraged him from negotiating his worth in the future.

The moral of the story: When you screw candidates this badly, you screw your employer brand. Empathy, respect and kindness are not just hallmarks of a great candidate experience. They are baseline characteristics of what it means to be a good human being. Cue the rainbow.