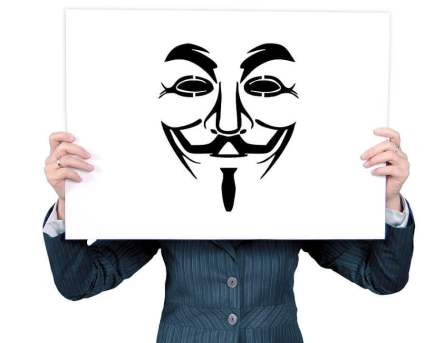 What? You don’t love annual reviews?

It’s OK. You’re not alone. If you think they suck at your company, you’re probably right. They suck at most companies. They always will—because there will always be pundits who need to make money by telling you about your organization’s poorly-designed system.

But I’m not one of them. I’ll share my thoughts for free about your rotten procedures.

There are many reasons why corporate America fails its people when it comes to year-end appraisals, more than can fit into a blog post, article, book, or series of books. One such cause centers around the anonymous nature of multi-rater feedback.

What if it weren’t anonymous? Would the CHRO’s head explode? Would a company collapse? This year, I decided to find out.

Anonymous feedback about an employee from a variety of colleagues aims to provide a more complete impression of that person’s performance. You know how it goes: Jane selects coworkers of all different types who will offer unbiased opinions whom she knows will say that she parted the Red Sea. Jane’s manager then asks those people to provide comments about Jane, whose multi-raters subsequently practically cream themselves in their remarks.

Except for Bob. Bob secretly thinks Jane is overrated or incompetent or said something mean to him back in 2002, so he concocts a list of Jane’s “areas for improvement.”

“I received some troubling feedback about you,” Jane’s manager conveys to Jane, who leaves the conversation shocked and on a hunt to discover which of her colleagues/frenemies whipped out a knife that may ultimately slice into her compensation.

Many organizations preach principles about courage and candor related to giving direct feedback. But their performance-management structures not only permit, not only encourage, but actually demand anonymity. Bob isn’t supposed to reveal his remarks to Jane. He’s supposed to ignore principle by hiding behind process.

At the same time, everybody knows that there should be no surprises during an annual review. At least, that’s what everybody says. The first time that Jane finds out about potential flaws should not be during the most important performance discussion of the year. And yet…

It Can Get Better

This year, I decided to share my complete feedback with the people I was evaluating. No anonymity. No surprises. Something else was no surprise: People loved not just what I wrote about them but that I wrote it to them. There’s nothing like the power of social recognition to increase employee engagement and create a better workplace. I totally loved telling people how amazing they are—even more than hearing how amazing I am!

I know what you’re thinking, though. Clearly, my comments must’ve skewed positively.

It’s also a shortcoming of an approach that compels people to say nice things, you  may also be thinking. How will employees get the tough feedback that they sometimes need to grow?

Hold on. I’m merely suggesting that any initial negative feedback occur well before the annual review. And while it would be great if colleagues felt comfortable addressing each other directly at any time of the year, you and I know that will never happen broadly. There will always be pansies like me who will not offer criticism easily and others who will consult an org chart first.

A good annual-review structure, however, should not condescend to such people. Instead, by forcing negative feedback, even if anonymous, to come earlier, at least managers and direct reports will have time to ponder and perhaps address it before year-end.

In the meantime, all organizations should continue to encourage colleagues to share feedback with each other, and if a manager receives a critique about a direct report, perhaps she might reply, “Did you already try to tell my employee this?”